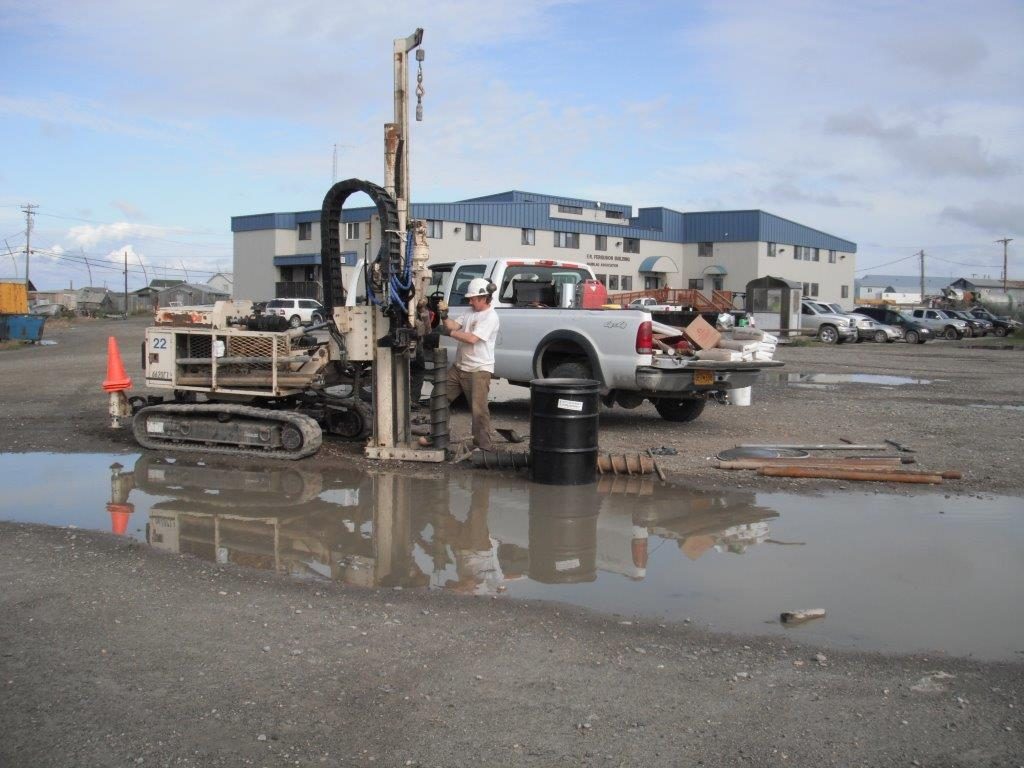 Maniilaq Corporation was looking to transfer a Kotzebue site to their control and, while reviewing historical information, it was found that an incident occurred on the site: over a period of time (1950s–1980s), 200,000+ gallons of heating oil was released from a buried fuel line that supplied fuel to a former hospital and a school. Several prior investigations and some remediation had been conducted, but not recently. Therefore, a site investigation was required to determine the status of the property.

As part of the Phase I site assessment, Kuna gathered and reviewed all relevant prior investigations and existing information. Based on the findings, a work plan, including a sampling and analyses plan (SAP) and a quality assurance project plan (QAPP), was written and approved by the State of Alaska Department of Environmental Conservation. Kuna completed a drilling program using direct-push technology to minimize investigation-derived waste, install test bores for soil sampling, map subsurface lithology, and install monitoring wells. In a few spots, test pits were dug to document the location of an out-of-service underground storage tank still in place and associated contamination. In one highly sensitive area (the former school playground), a shallow soil gas survey was conducted to document potential exposure to hydrocarbon vapors from subsurface contaminated soil. As part of the project, Kuna held several client and community meetings to gather information on past events, as well as to provide information on work being done.